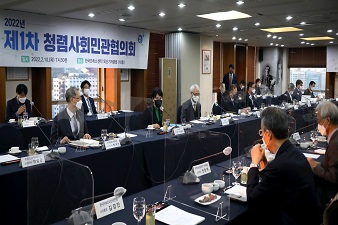 * Corruption Perception Index (CPI) is one of representative international anti-corruption indices. With the CPI, Transparency International has evaluated countries for their level of corruption in the public and political sectors annually since 1995.

Korea ranked 32nd among 180 countries in the 2021 Corruption Perception Index (CPI) with an all-time high score of 62 points out of 100, continuing its upward trend* for five years in a row.

The participants in the meeting pointed out that this upward trend was made possible thanks to 1) swift improvement of behavioral norm in the public sector by establishing the Act on the Prevention of Conflicts of Interest related to Duties of Public Servants; 2) pan-governmental efforts to eradicate privilege and foul play in the society through complete investigation of real estate owned by the members of the National Assembly; and 3) cooperation between citizens and the government to overcome COVID-19.

Nevertheless, the council reminded us that the outcome is not good enough considering the level of economic development and international standing of Korea, even though the all-time high score in the Corruption Perception Index is noteworthy.

Specifically, out of other source data, in the IMD World Competitiveness Yearbook*, Korea had shown upward trend for three years. But this year, the score dropped to 53 points which is 10.2 points lower than the OECD average of 63.2 points. The participants in the council agreed that in order to become a full-fledged advanced country in anti-corruption, Korea needs to make efforts to minimize the factors contributing to corruption in the public sector.

* IMD World Competitiveness Yearbook: a data source that indicates the existence of bribery and corruption (released by International Institute for Management Development, IMD)

Also, when it comes to World Economic Forum Executive Opinion Survey (WEF EOS)* that indicates corruption in business, Korea made a turnaround this year after three years of downward trend. However, it was only 61 points which is 2.9 points lower than the OECD average of 63.9 points. As such, the participants reached a consensus that there should be systemization for transparent and ethical business management practice.

* WEF EOS: a data source that indicates the level of uned extra payments or bribe connected with imports and exports, awarding of public contracts or obtaining favourable judicial decisions; or the level of the diversion of public funds (released by World Economic Forum)

The council stated, “in order to improve the Corruption Perception Index of Korea further more in the future, we need even more efforts of the Anti-Corruption and Civil Rights Commission and cooperation between the public and private sectors.” 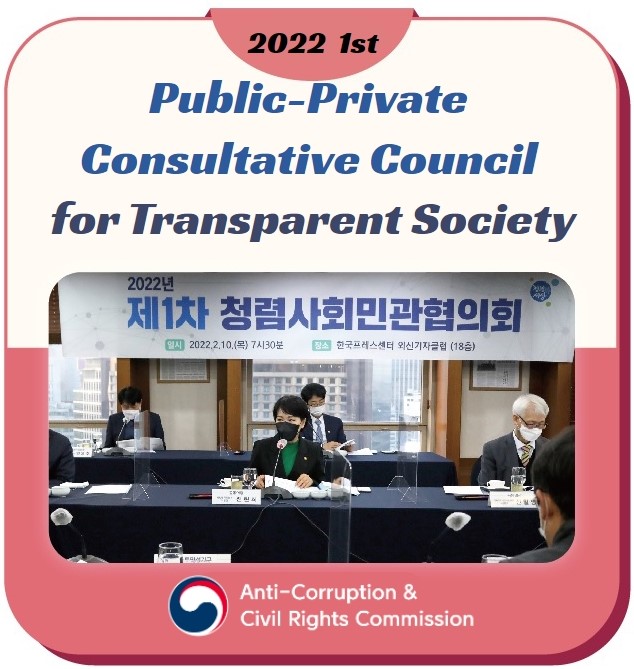